The charity, which works in partnership with Aboriginal communities and schools to build edible gardens and deliver nutrition programs, now has its sights set on Kalkarindji. 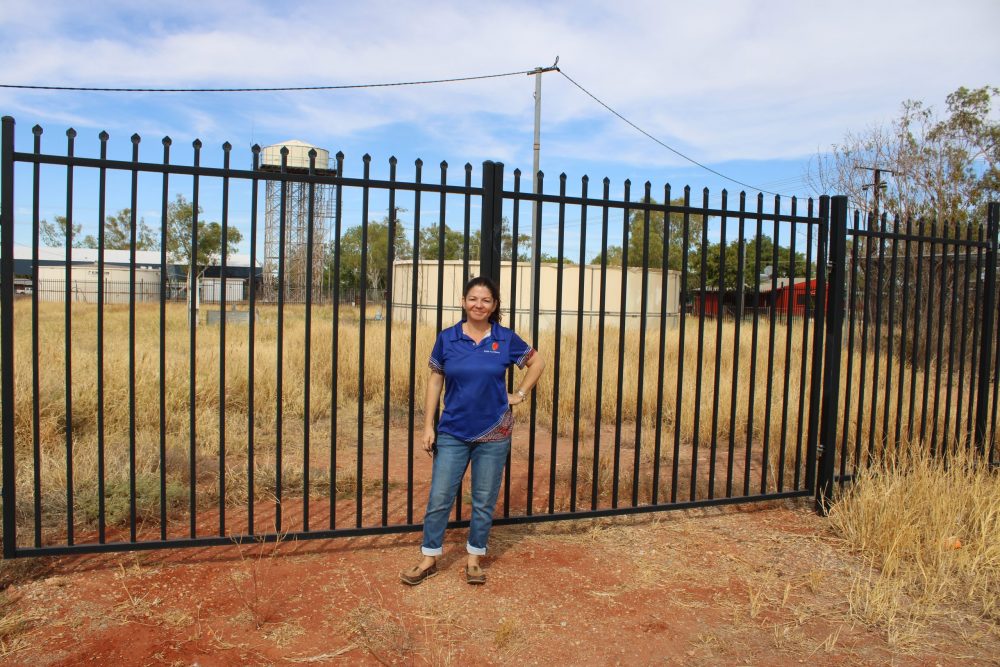 Getting fresh produce into remote regions is a tricky and expensive task. So much so that if the fruit and veggies do arrive, there’s often not enough of it, the quality isn’t great, and it can cost up to 50 per cent more than it would in urban areas.

This has resulted in 94 per cent of Indigenous children having an inadequate daily intake of fruit and vegetables, filling up on cheaper and more accessible alternatives such as white bread, hot chips, and sugary drinks.

Poor nutrition contributes to Aboriginal children having the worst ear health of any people in the world, high rates of heart and kidney disease, and type two diabetes. As well as this, 60 per cent of kids living in remote communities are impacted by anemia due to poor diet.

In response to the issue, the EON Foundation have adopted a practical, grassroots and community-based approach, working alongside remote Aboriginal communities to build edible food gardens and deliver health, nutrition, education, and training programs that change community attitudes to healthy living.

Starting with just one pilot garden at Christ the King Catholic School at Djarindjin Lombadina in the West Kimberley of WA, within just a few months of EON’s arrival the local children were eating fresh corn, tomatoes and lettuce harvested from the garden they had helped build.

The program has now been delivered to 39 communities across Western Australia and the Northern Territory (including in the VDRC community of Pine Creek), engaging and educating thousands of children and their families about the vital link between nutrition and health.

Its newest program will be rolled out in Kalkarindji. This unused plot of land will soon be an edible garden.

In phase one of the project, a section of the Kalkarindji School grounds will be transformed into an edible bush tucker and sensory garden.

Donna Donzow, the EON Foundation’s NT Operations Manager, explained that working closely with the school was a great way to teach kids about how healthy eating habits.

“There will be lots of herbs and plants that the kids can touch, smell, and eat. …there will be yarning spaces to learn about what is planted there and how they can use them,” Donzow said.

“All our lesson plans are curriculum based, and so will compliment what’s happening in the classroom.”

Two more unused plots of land across the community will be transformed into edible gardens. Victoria Daly Regional Council (VDRC) has assisted in this process by clearing the land for the new gardens. Another site for the EON Foundation Project

“Making sure we are feeding our kids fresh and healthy food has always been a challenge in remote areas, which is why VDRC is incredibly proud to be supporting a program like this,” Mayor Pedwell said.

“If we can empower our communities to grow their own food and learn about healthy eating, the benefits will flow on for years to come.”

A focus on planting culturally significant species to the Kalkarindji/Daguragu area with a high nutritional value is a major priority.

“Anemia has a huge impact on kids and women in community. There’s a big push for kids to be eating lots of high protein foods. The boab, which is native to this area, has 23 per cent more iron than a piece of steak,” Donzow said.

“With that in mind, we will teach kids how to make food like boab and basil pesto.”

To lead the project, the Foundation recently brought on Jacqui Young, who first moved to Kalkarindji four years ago. She will engage and connect with the community.

Donzow said that getting as many community members involved in the project as possible was the key to its success.

“We don’t want to come in telling community how things are going to be done, because the moment we take over, you’ve lost the game,” she said.

The project officially kicks off this week.